The Library is OPEN Monday - Saturday 9 - 5. Get your virtual library card here to access our great digital resources.

Posted at 11:41h in Adult's Services, News by Robyn Huff 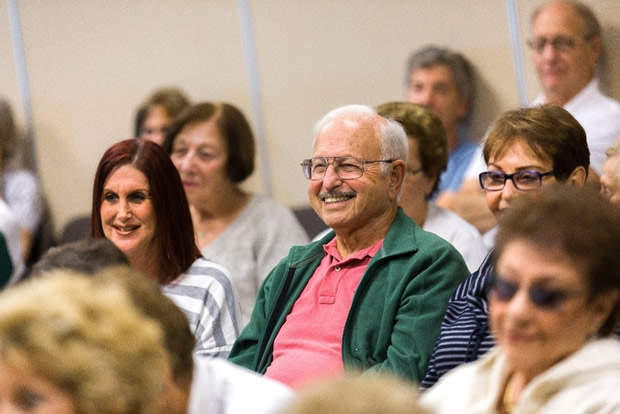 Sign up to receive our Lifelong Learning Institute newsletter here!

As many of you are aware, in the interest of public health, the Library is closed until further notice. This has had a direct impact on the Lifelong Learning Institute (LLI) course offerings for the Spring 2020 term.  Some courses have been cancelled, while others have been rescheduled and extended with the hope that we will reopen.

Here is the revised scheduled for Spring Term 2020 of the Lifelong Learning Institute (LLI):

Both the fiction and the poetry in this most popular venue for serious contemporary writing can present challenges. In the course, participants will have access beforehand to one writing example each week and will (figuratively) wrestle with the works, the instructor, and one another to gain meaning and enjoyment from them.

Week 2: Presidential Courage: 20 Presidents from George Washington to Barack Obama: This lecture will examine significant moments of Presidential Courage of 20 Presidents, beginning with George Washington and going through Barack Obama, and will demonstrate the difficult decisions made by many of our Presidents, who faced challenges that transformed American history in positive ways. The list of Presidents covered will range from well-known and highly ranked Presidents, but include those Presidents often overlooked or ignored, but also showing true conviction and courage. As John F. Kennedy termed it in his Pulitzer Prize winning book in 1956, they were “Profiles in Courage”.

Aging is indeed challenging and it requires a strong inner core to help us survive and thrive during these later life stages. However, it is a time of great opportunity for emotional, psychological and mindful growth. This four-part course is meant for seniors who are yearning to engage in dialogue, discussion and exercises to invoke meaning, connection, wisdom, compassion, forgiveness, and community to help fortify themselves for their aging years.
Week 1: Conscious Aging Introduction to Conscious Aging and Self-Compassion
Week 2: Forgiveness, Ourselves and Others and Life Review
Week 3: Transformative Practices and Death Makes Life Possible
Week 4: Surrender and Creating a New Vision for Aging

Week 1: Iran: Impact of US Maximum Pressure Campaign. US decision makers are attempting to limit Iran’s quest for nuclear weapons and delivery systems, as well as to minimize Tehran’s malign regional behavior. Discussion will highlight Trump Administration’s strategies to counter Iran’s assaults against US and Allied interests in the Gulf of Hormuz. Should Tehran fail to renegotiate the JCPOA and minimize its malign regional behavior, the US and Allies are likely to continue to exploit Tehran widespread domestic and international vulnerabilities and opt for regime change.

Week 2: Update: US-China Relations. One year after escalating economic trade war tensions between the US and China, both nations have called for a truce. Nonetheless, US concern about rising Chinese technological competitiveness, and its military buildup in the South China Sea has caused Washington to reassess its overall relationship with Beijing. Graphic lecture will highlight US countermeasures to deter China’s violation of WTO economic obligations, and US/Allied actions to deal with China’s expanding military capabilities.

Week 3: Putin’s Potemkin Village: Graphic lecture will highlight the rise of Putin and his reaction to the enlargement of NATO with former members of the Warsaw Pact. Russia’s offensive actions post-Cold War actions, to include Ukraine, Crimea, and Syria, as well as Putin’s rationale for interference in the US elections will be assessed. Nonetheless, Putin is well aware of Russia’s comparative weaknesses and domestic and international vulnerabilities that will impact the outlook for future US-Russian Relations.

Week 1: In 1692-3 over one hundred people were accused of witchcraft in the Massachusetts Bay Colony. Witchcraft was one of the capital offenses at that time. The greatest number of incidents occurred in the area of Salem and we have the
most accurate records of what happened there; which is why when one speaks of the witch trials in America, they always refer to Salem.

Week 2: In Victorian England and just about every place else in civilized society at that time, being gay was a felony (“ a sodomite “). Oscar Wilde, the famous Irish poet, novelist and playwright was foolish enough to believe that his popularity and
success could save him. When he chose to fight charges of sodomy against him, he lost everything.

Week 3: Being insane before the middle of the Nineteenth Century simply meant that you were either literally “raving mad” or locked within a cocoon of silence.
While mentally ill people weren’t executed, they were treated worse than animals. People paid admission to visit “lunatic asylums” to view the inmates. Today, with the advent of modern psychiatry, we recognize different forms and degrees of mental
disease, but how mental illness is a defense to murder, is the question.

Week 4: Joan of Arc, now a saint, is known in France as “The Maid of Orleans”. A peasant girl who claimed to hear voices and experience visitations from God, eventually came to the attention of the would-be King of France, embroiled still in
the Hundred Years War with the English. He allowed her to blend with the troops, to inspire them and lead them to victory. After she was captured and sold to the English, she was burned at the stake as a heretic, but was she simply mentally ill?

Every country produces its own individual artistic heritage reflecting that society’s character, values, ideals, attitudes and history. This series of discussions will investigate the national heritage of four different countries exhibited in their most
admired artistic output.
Week 1: The Artistry of Italy. For many centuries Italian artists and sculptors led the world through their innovations and daring new types of art, developing scientific perspective and realistic representations, trompe-l’oeil. All artistic roads led to
Rome and Florence. Italy still produce outstanding artworks in many fields.
Week 2: The Artistry of France. In the nineteenth century France advanced to become the most important center of artistic production. The art world was centered in Paris, the artists, critics, dealers, writers, art academies and exhibitions. Their
avant-garde experimented with radical, unorthodox techniques daring to break all the rules of classical traditions.
Week 3: The Artistry of England. Artistic styles in England tended to follow their own particular taste and interests in painting, sculpture and architecture. Until contemporary times their art market valued traditional, more conservative styles of
painting, but boasted great artists such as John Constable, J.M.W. Turner, and more recently David Hockney and Damien Hirst.
Week 4: The Artistry of America. Painting in America was slow developing but came to the forefront with the Hudson River School and their depictions of the vast primitive, untouched landscapes. But artists were almost required to travel to Paris
for training until the devastation of WWII. Then the center of the art world passes to New York where it still thrives today.

This course was added by special request.  The course fee is $55.  You can sign-up in person on the first day of the course, if it meets.