City Mandate: Anyone entering the public library must wear a mask.
The Library is open Monday-Wednesday from 9am-8pm and Thursday-Saturday 9am-5pm.
Get your virtual library card here to access our great digital resources.

World War II in the Diverse Lives of America’s Fathers

Americans and the Holocaust 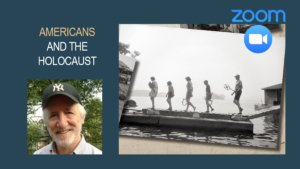 What was the effect of World War II on the culture and conduct of fatherhood in America? Contrary to what some historians have suggested, the war was not a circumscribed event that momentarily interrupted the course on which fatherhood was traveling in the decades before. Rather, it was a social and political tidal wave whose impact on fathers was profound. The key to appreciating this is not to presuppose what fatherhood was like in the wake of the war, but to begin with the war itself and prospectively examine how it affected society in general, of which fatherhood is a part. This alternative perspective underscores the importance of context (e.g., matters pertaining to age, race, and ethnicity) and brings to the fore a host of war-related effects that are often excluded from scholarly and popular accounts on the history of fatherhood.

About the Presenter: Ralph LaRossa is Professor Emeritus of Sociology at Georgia State University. He has written extensively on the topic of fathers and families and received grants from the National Science Foundation (principal investigator) and National Institutes of Health (co-investigator) in support of research on the social and political history of fatherhood and on the experience of becoming a father in contemporary society. He is the author of, among other works, Conflict and Power in Marriage: Expecting the First Child; Transition to Parenthood: How Infants Change Families (with Maureen Mulligan LaRossa); The Modernization of Fatherhood: A Social and Political History; and Of War and Men: World War II in the Lives of Fathers and Their Families. Born and raised in New York, he currently resides in Atlanta.

The Zoom ID will be included in the registration confirmation email after you register.

World War II in the Diverse Lives of America’s Fathers